Over the fall of 1975, Carl Icahn and his right-hand man, Alfred Kingsley, hashed out a new investment strategy in the cramped offices of Icahn & Co. Located at 25 Broadway, a few steps from the future site of the Charging Bull, the iconic 7,000-pound bronze sculpture erected by Arturo Di Modica following the 1987 stock market crash.

Icahn & Co. was then a small but successful discount option brokerage with a specialty in arbitrage. Mr. Kingsley, a graduate of the Wharton School with a master’s degree in tax from New York University, had joined Mr. Icahn in 1968.

Immediately impressed by his ability to grasp complex transactions, Mr. Icahn had asked Mr. Kingsley what he knew about arbitrage. “Not a thing,” Mr. Kingsley replied. Soon, Mr. Kingsley was spending most of his days arbitraging the securities of conglomerates like Litton Industries, LTV and IT&T.

Arbitrage is the practice of simultaneously buying and selling an asset that trades in two or more markets at different prices. In the classic version, the arbitrageur buys at the lower price and sells at the higher price, and in doing so realizes a riskless profit representing the ordinarily small difference between the two.

Mr. Icahn had Mr. Kingsley engaged in a variation known as convertible arbitrage, simultaneously trading a stock and its convertible securities, which, for liquidity or market psychology reasons, were sometimes mispriced relative to the stock. Conglomerates had issued an alphabet soup of common stock, preferred stock, options, warrants, bonds and convertible debt.

As an options broker, Mr. Icahn used his superior market knowledge to capitalize on inefficiencies between, say, the prices of the common stock and the warrants, or the common stock and the convertible debt. The attraction of convertible arbitrage was that it was market-neutral, which meant that Icahn & Co.’s clients were not subject to the risk of a steep decline in the market.

Mr. Icahn and Mr. Kingsley bought the units of the closed-end funds trading at the widest discount from their underlying asset value, and then hedged out the market risk by shorting the securities that made up the mutual fund’s portfolio. Like the convertible arbitrage strategy, the closed-end fund arbitrage was indifferent to the direction of the market, generating profits as the gap between the unit price and the underlying value narrowed. It was not, however, classic riskless arbitrage.

As it was possible for a gap to open up between the price of the mutual fund unit and the underlying value of the portfolio, it was also possible for that gap to widen. When it did so, an investor who had bought the units of the fund and sold short the underlying portfolio endured short-term, unrealized losses until the market closed the gap. In the worst-case scenario, investors could be forced to realize those losses if the gap continued to widen and they couldn’t hold the positions. Sometimes they failed to meet a margin call or were required to cover the short position.

Unwilling to rely on the market to close the gap, Mr. Icahn and Mr. Kingsley would take matters into their own hands. Once they had established their position, they lobbied to have the fund liquidated.

The manager either acquiesced, and Mr. Icahn and Mr. Kingsley closed out the position for a gain, or the mere prospect of the manager’s liquidating caused the gap to wholly or partially close. The strategy generated good returns, but the universe of heavily discounted closed-end funds was small. Mr. Icahn and Mr. Kingsley saw the far-larger universe of prospects emerging in public companies with undervalued assets. This was the new investment strategy they were shaping at 25 Broadway in 1975.

Although few could sense it, a quiet revolution was about to get under way. Mr. Icahn and Mr. Kingsley had seen what many others had missed — a decade of turmoil on the stock market had created a rare opportunity. After trading sideways for nine years, rampant inflation had yielded a swathe of undervalued stocks with assets carried on the books at a huge discount to their true worth. Recent experience had taught most investors that even deeply discounted stocks could continue falling with the market, but Mr. Icahn and Mr. Kingsley were uniquely positioned to see that they didn’t need to rely on the whim of the market to close the gap between price and intrinsic value.

As they had with the closed-end mutual funds, Mr. Icahn and Mr. Kingsley would seek to control the destiny of public companies. Their impact on America’s corporations would be profound.

Mr. Icahn’s progression from arbitrageur and liquidator of closed-end funds to full-blown corporate raider started in 1976 with a distillation of the strategy into an investment memorandum distributed to prospective investors:

“It is our opinion that the elements in today’s economic environment have combined in a unique way to create large profit-making opportunities with relatively little risk. The real or liquidating value of many American companies has increased markedly in the last few years; however, interestingly, this has not at all been reflected in the market value of their common stocks. Thus, we are faced with a unique set of circumstances that, if dealt with correctly can lead to large profits, as follows: The management of these asset-rich target companies generally own very little stock themselves and, therefore, usually have no interest in being acquired.

“They jealously guard their prerogatives by building “Chinese walls’ around their enterprises that hopefully will repel the invasion of domestic and foreign dollars. Although these “walls’ are penetrable, most domestic companies and almost all foreign companies are loath to launch an “unfriendly’ takeover attempt against a target company. However, whenever a fight for control is initiated, it generally leads to windfall profits for shareholders. Often the target company, if seriously threatened, will seek another, more friendly enterprise, generally known as a “white knight’ to make a higher bid, thereby starting a bidding war. Another gambit occasionally used by the target company is to attempt to purchase the acquirer’s stock or, if all else fails, the target may offer to liquidate.

“It is our contention that sizable profits can be earned by taking large positions in “undervalued’ stocks and then attempting to control the destinies of the companies in question by:

a) trying to convince management to liquidate or sell the company to a “white knight.’

b) waging a proxy contest.

d) selling back our position to the company.”

The “Icahn Manifesto” — as Icahn’s biographer Mark Stevens coined it — was Icahn’s solution to the old corporate principal-agency dilemma identified by Adolf Berle and Gardiner Means in their seminal 1932 work, “The Modern Corporation and Private Property.” The principal-agency problem speaks to the difficulty of one party (the principal) to motivate another (the agent) to put the interests of the principal ahead of the agent’s own interests.

Berle and Means argued that the modern corporation shielded the agents (the boards of directors) from oversight by the principals (the shareholders) with the result that the directors tended to run the companies for their own ends, riding roughshod over the shareholders who were too small, dispersed, and ill-informed to fight back.

According to Berle and Means:

“It is traditional that a corporation should be run for the benefit of its owners, the stockholders, and that to them should go any profits which are distributed. We now know, however, that a controlling group may hold the power to divert profits into their own pockets.

“There is no longer any certainty that a corporation will in fact be run primarily in the interests of the stockholders.”

Mr. Icahn cut straight to the heart of the matter, likening the problem to a caretaker on an estate who refuses to allow the owner to sell the property because the caretaker might lose his job. His manifesto proposed to restore shareholders to their lawful position by asserting the rights of ownership.

If management wouldn’t heed his exhortations as a shareholder, he would push for control of the board through a proxy contest in which competing slates of directors argued why they were better suited to run the company and enhance shareholder value. If he didn’t succeed through with that method, he could launch a tender offer or sell his position back to the company in a practice known as greenmail.

Greenmail is a now-unlawful practice in which the management of a targeted company pays a ransom to a raider by buying back the stock of the raider at a premium to the market price.

In his 1984 chairman’s letter, Warren Buffett, who called greenmail “odious and repugnant,” described the nature of the transaction in characteristically colorful terms:

“In these transactions, two parties achieve their personal ends by exploitation of an innocent and unconsulted third party. The players are: (1) the “shareholder’ extortionist who, even before the ink on his stock certificate dries, delivers his “your-money-or-your-life’ message to managers; (2) the corporate insiders who quickly seek peace at any price — as long as the price is paid by someone else; and (3) the shareholders whose money is used by (2) to make (1) go away. As the dust settles, the mugging, transient shareholder gives his speech on “free enterprise,’ the muggee management gives its speech on “the best interests of the company,’ and the innocent shareholder standing by mutely funds the payoff.”

Mr. Icahn accepted greenmail on several occasions before it was outlawed, on one such occasion attracting a class-action lawsuit from the shareholders of Saxon Industries, a New York-based paper distributor that fell into bankruptcy following the transaction. The lawsuit charged that Mr. Icahn had failed to disclose to the market that he had requested greenmail in exchange for not undertaking a proxy contest. When Saxon Industries announced that it had paid Icahn $10.50 per share as greenmail, giving him a substantial profit on his $7.21 per-share average purchase price, the stock fell precipitously.

According to a lawsuit filed against Mr. Icahn, upon the sudden announcement by Saxon that it had purchased Mr. Icahn’s stock, the market price of Saxon’s stock nosedived to $6.50. While the bankruptcy of Saxon Industries was arguably more directly the result of the accounting fraud of its chairman, Stanley Lurie, the complaint demonstrated two ideas: first, the inequity of greenmail. The substantial premium paid to the greenmailer comes at the cost of all shareholders.

Second, the complaint illustrates the power of the activist campaign. Icahn’s threat of a proxy contest had pushed the stock price from around $6 to $10.50. Absent the possibility of a proxy contest, the stock fell back to its average precampaign price of $6.50.

Mr. Icahn’s experience with the closed-end funds had taught him a valuable lesson — simply calling attention to the company’s market price discount would attract the attention of other investors. He hoped that by signaling to the market that the company was undervalued, leveraged-buyout firms or strategic acquirers would compete for control and, in so doing, push up the market price of his holding. Icahn could then sell into any takeover bid by tipping his shares out onto the market or delivering them to the bidder.

It was the classic win-win situation Mr. Icahn sought — even if he didn’t win a seat on the board, the proxy contest would act as a catalyst, signaling to other potential bidders in the market the company’s undervaluation and mismanagement.

Excerpted from “Deep Value: Why Activist Investors and Other Contrarians Battle for Control of Losing Corporations,” by Tobias E. Carlisle (Wiley, 2014).

The insight that enabled Carl Icahn to become a corporate raider

How an activist closed-end fund investor became a greenmailer 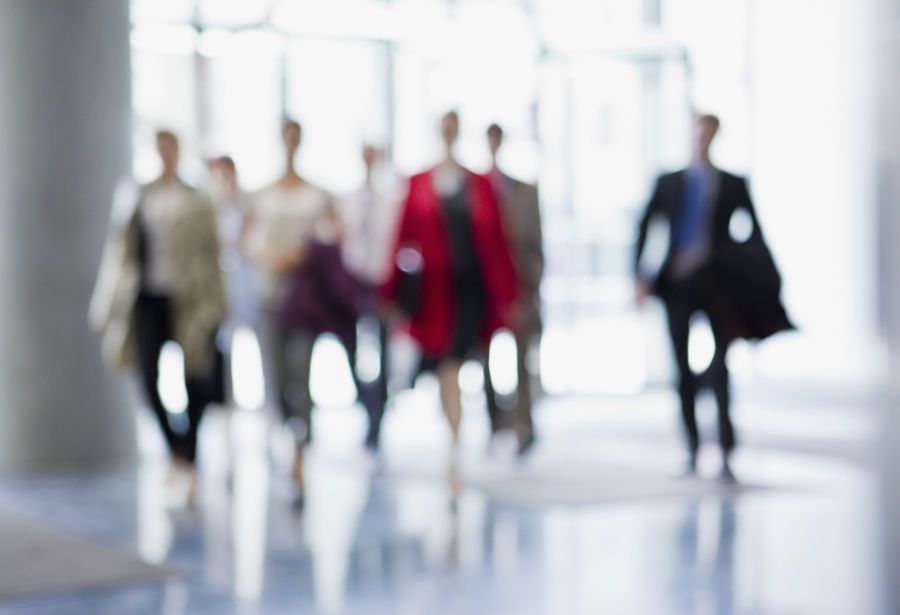 Finra probes brokerages’ use of social media for prospecting