ESG pioneer Amy Domini on elections, climate and her start

Founder of $2.3 billion Domini Impact expects the 'crazy market' will wake up soon

Amy Domini says listening to her clients led her to become a pioneer in environmental, social, and governance investing. Before founding Domini Impact Investments LLC, which now manages $2.3 billion in assets, the Cambridge, Massachusetts, native was a stockbroker in the Boston area in the 1970s and 1980s. She learned then that a lot of investors had strong views on what they would — and wouldn’t — invest in. That led Domini to recognize the power of mission-driven investing, and soon she was pushing for divestment from South Africa, which was under apartheid rule at the time.

In 1990 she created one of the first social indexes of U.S. companies based on ESG criteria, and later that decade she started her company based on similar sustainable principles. Domini’s oldest fund, the Domini Impact Equity Fund, has had a mixed performance since its 1991 inception.

In December 2018, Domini and her company’s chief executive officer, Carole Laible, started managing the fund in-house. (During the previous 12 years it had been overseen by another asset manager that had used a quantitative model.) The fund has since had a lot more success. From Dec. 1, 2018, through Sept. 30, 2020, it returned a cumulative 40%, vs. a 26.3% gain from its benchmark, the S&P 500 index.

Domini, 70, spoke with Bloomberg News’s Saijel Kishan in August about her career, the ESG industry, the coronavirus, and why she thinks this “crazy market” is going to wake up soon.

Saijel Kishan: What motivated you to get involved in responsible investing?

Amy Domini: So many things are serendipitous, and with me that was the case. I wasn’t particularly interested in school. My friend and I both took a typing class, and we didn’t land a job at first, but I was able to get one [eventually] as a photocopy clerk. From there, I worked my way up in that company to a stockbroker. I started that job [at Tucker Anthony & R.L. Day] in 1975, shortly after the Vietnam War had begun to wind down. People would say, “Don’t talk to me about weapons.” One time it was a birdwatcher, head of the Massachusetts Audubon Society, and she said about a paper company I recommended, “You’ve gotta be kidding me. They spray the trees with dioxin, which causes leaves to drop and kills everything.” She was just furious with me for even suggesting she might want to own a paper company.

As a stockbroker, it’s really hard to get clients. The last thing in the world you want to do is anger them. I needed to know these people better. And I just started asking them a few questions, like “Is there anything you don’t want to invest in?” And I’d put down some suggestions like weapons and other things that people had objected to. They all wanted to express their own personal morality. And I thought, “Oh, this is just incredible. Everyone feels that there are lines they want to draw.”

SK: There are so many terms to describe responsible investing. What should we use?

AD: I was content using the word “ethical.” I was fine with “socially responsible.” I can deal with “ESG.” I can deal with “impact,” but do I have to use them all? What happens is that every time a new firm is started, they want to say that they’re the next step, that they’ve gone further, and they come up with some new names. I think it’s just confusing. Could we just agree on vocabulary?

SK: What have been the lowlights and the highlights of the past six months for you?

AD: A cleaner atmosphere, at least before all the forest fires started. Right now, my 94-year-old mother is with me. She’s been staying for a couple of months. She’s perfectly independent. On the other hand, I have grandchildren whom I haven’t been able to hug in five months.

A lot of what has happened as a result of COVID is an acceleration of trends that were in place. We had a one-day-a-week work-from-home policy for a year and a half or so. New York City commutes are just awful. We are the kind of firm that has enough of a reputation that when somebody wants an experienced person in the field, they’ll definitely try and poach Domini employees. We wanted to have policies in place that are appealing, and maybe not available everywhere, to keep our employees. When COVID came, it was very easy to just make it five days a week instead of one, because we had the technology.

SK: I’m sure like many other socially responsible investment companies, you’ve invested in health-care companies. Can you share some of the names of companies in your funds?

AD: Yes. We launched a new fund, Sustainable Solutions, in March — during COVID — but we had planned the fund for a year and a half or two years before.

One of the problems we wanted to see solved is that for many of us, health care is difficult to access. We found Teledoc and bought it; it’s a company offering online access to doctors. The company had a big challenge, though. Insurance didn’t want to reimburse for online visits. Then COVID-19 came along and changed all that. Another company we invested in was BioTelemetry. They have a device you wear that monitors your heart, providing your doctor with a continuous feed. The technology replaces the old systems, all of which required person-to-person contact. COVID-19 made BioTelemetry’s technology much more desirable. These are two cases where the pandemic acted as an accelerant for companies offering solutions.

SK: Now many of the big, traditional asset managers are getting into environmental, social, and governance investing. What does that mean for your company?

AD: Actually, I’m very encouraged by it all. You can’t be an advocate and not enjoy that growth is happening. I can tell you some of those firms have stolen some of my best people, so I know they’re getting excellent input from their new hires. And those firms may have started out as “Oh, Lord, we’ve got to do this because this big client wants it.” But as [their work] moves through time, it becomes more and more real.

Some of those firms have mutual funds, and they get headlines that say, “In spite of the fact that they call themselves green, they haven’t voted to support any green shareholder resolutions.” Most of them don’t like that headline, so next time they’ll say, “We’re going to have a policy that protects us [from] that headline.” It’s a step on the path. Not everybody will be great on it. I think we’re always going to be the source of intellectual capital.

SK: Have you been approached by a larger company?

AD: Yes, but I’m in a good position. I am not a person who’s motivated by making a billion dollars. I’m motivated by changing the world and have a successful business as a side effect of that. Obviously, people are mortal, but I would like for the firm to be immortal and take that provocateur role.

SK: How do you describe a provocateur role?

AD: Every necessary change comes from some person or some company taking up an issue and creating a steady drumbeat. I personally, and Domini Impact Investments, as an extension of myself, has been that steady drumbeat on the intersection of finance, ecological sustainability, and universal human dignity. I was influenced by the book The Provocateur, by Larry Weber, which states that leaders are successful not just because they’ve built a company but because they’ve created a community. Domini will continue to carry on as the provocateur, building, inspiring, and innovating the impact investing community long after I am gone.

SK: What is your hope for the future of ESG?

AD: The next frontier is standardized reporting to shareholders integrated into quarterly and annually regulated reporting, comparable to the financial reporting that exists today. Companies need to report on the impact their operations are having on people and the planet in a manner that is quantifiable and relevant. With this information, investors will make better, more informed choices.

SK: What does a Biden or a Trump win in the U.S. presidential election mean for the world of ESG?

AD: It won’t be a slam-dunk either way. Certainly, Trump is a great deal friendlier to oil and armaments than the ESG investor would want. Biden would certainly be helpful on alternative-energy legislation, or he would try to be helpful. But you still have Congress to get through. He would get us back into the Paris Agreement. Still, the Obama administration had eight years, and he gave the SEC power to do all the kinds of things that would complement ESG. But they never did.

At some point this crazy market has to wake up. I personally don’t think that it’s going to be the election that causes that. A purely devastating series of climate events is more likely to. One fire in upstate California last year, a four-day event, bankrupted a utility. If you have 10 of those events in a year, a trillion dollars here and a trillion dollars there, pretty soon you’re talking about something that really devastates the economy. It could be two to three years before we see that. I think this is a clear and present danger and more likely than the election to affect the stock market. 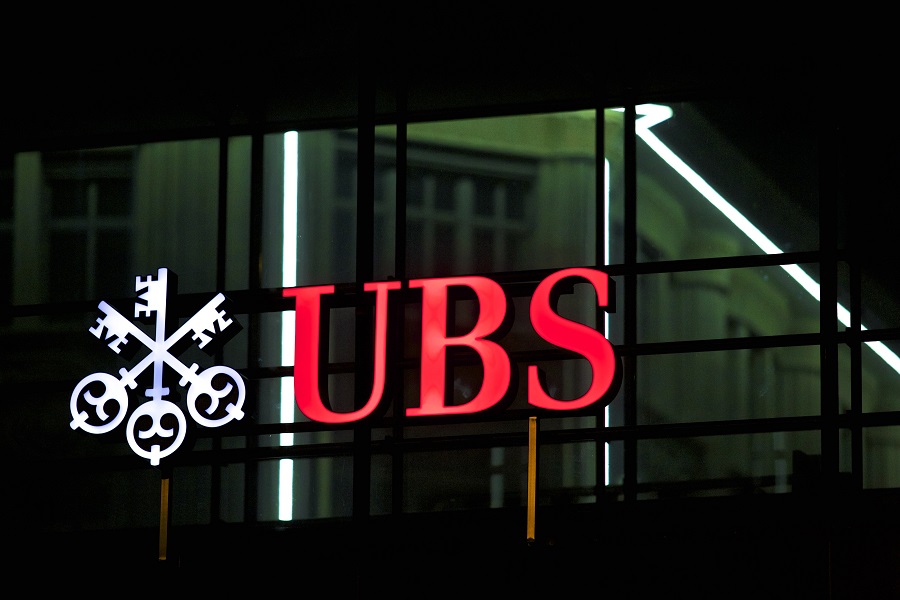 The Swiss firm is exploring several alternatives for offering the asset class, people familiar with the plan said. Any investment offering would be a very small portion of the clients’ total wealth because of the volatility. 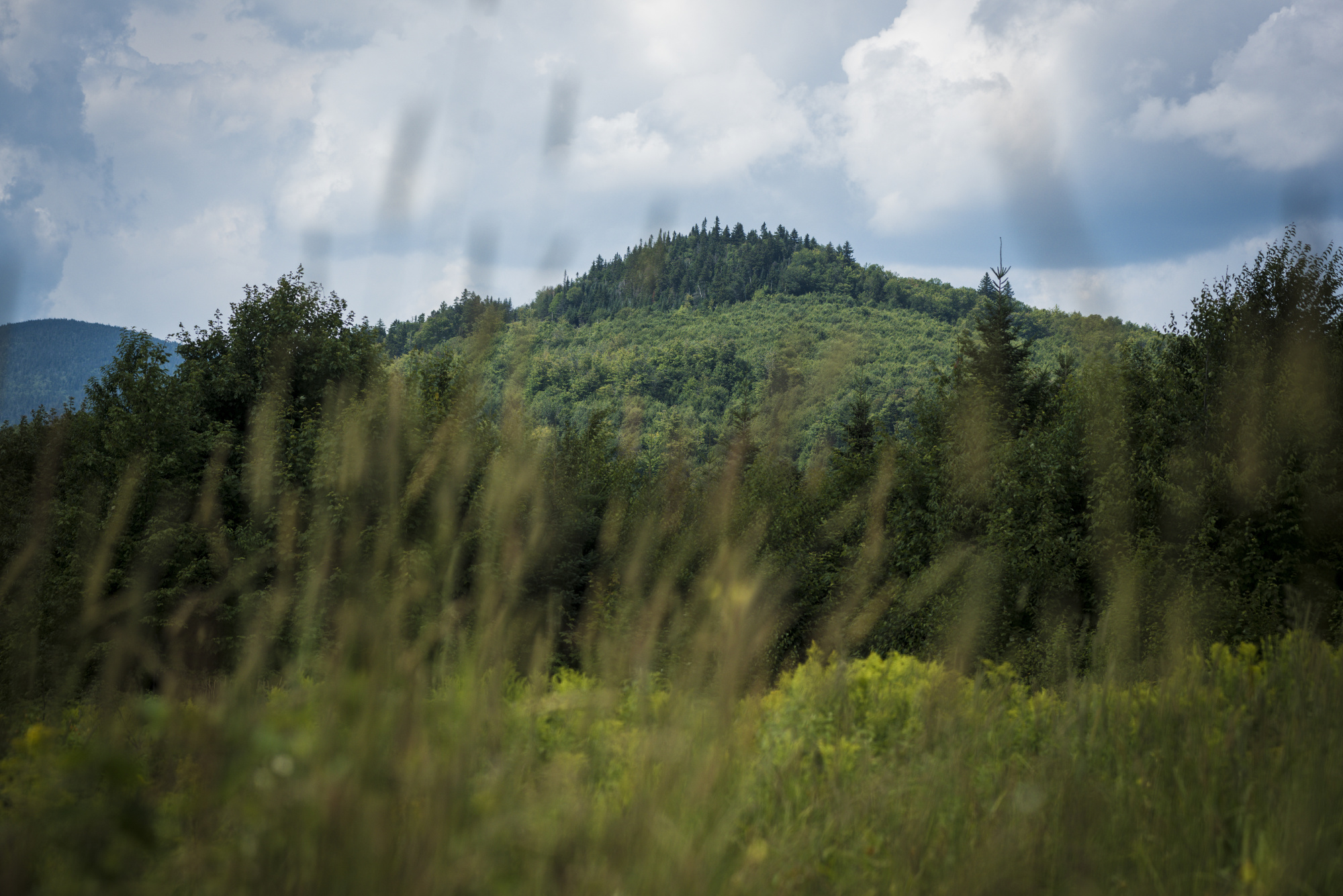 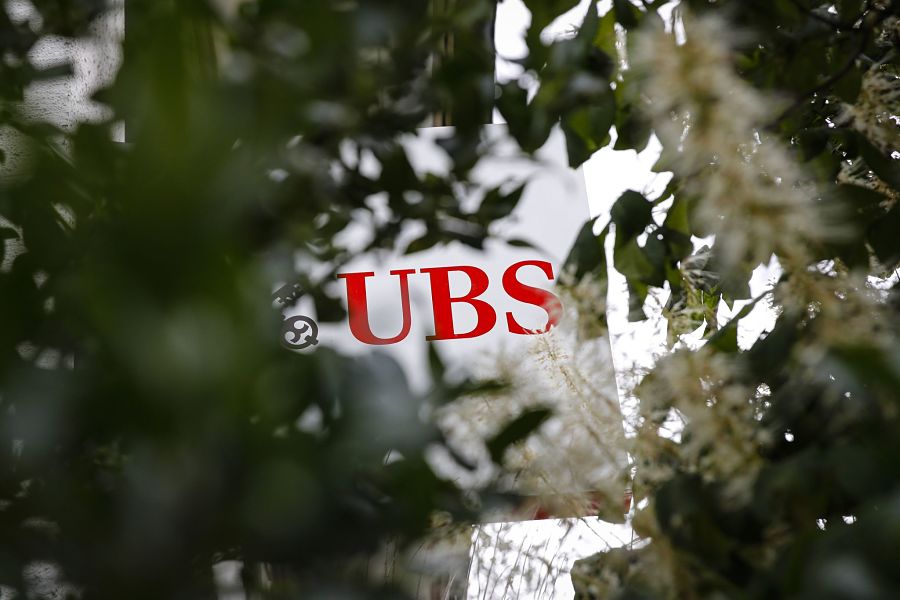 The bank is planning to appoint a successor to Chairman Axel Weber, 64, at its annual general meeting next year. 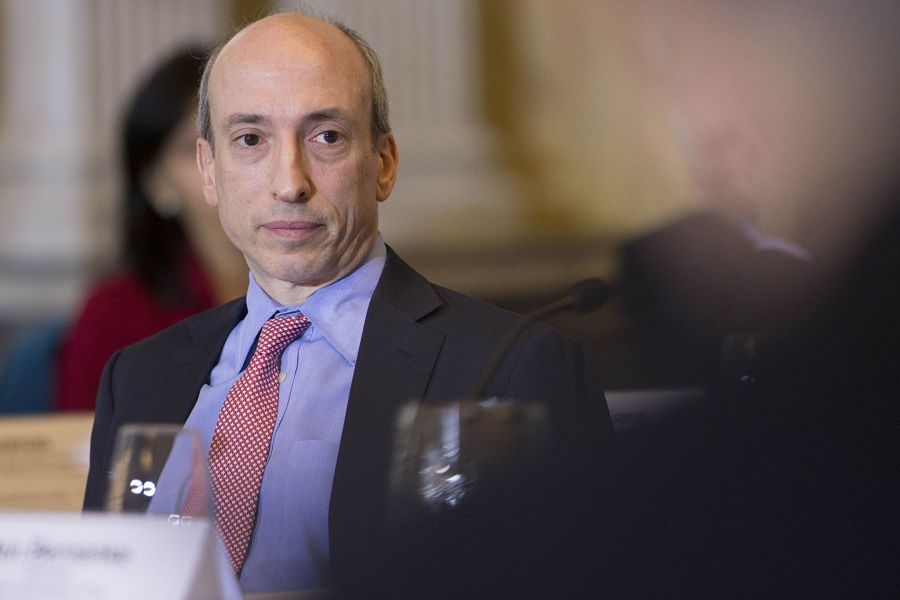 In remarks prepared for a House hearing Thursday, Gary Gensler shines a spotlight on online brokerages and market makers that dominate the business of executing retail investors' equity orders. 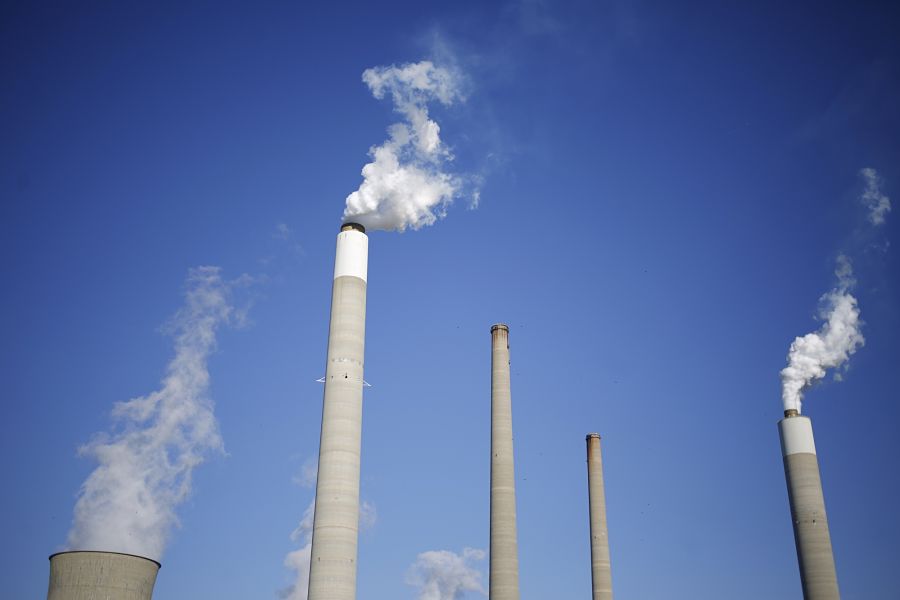 Improvers the next ESG investment to clean up?

Investment managers bet polluters going green will be next hit with investors. 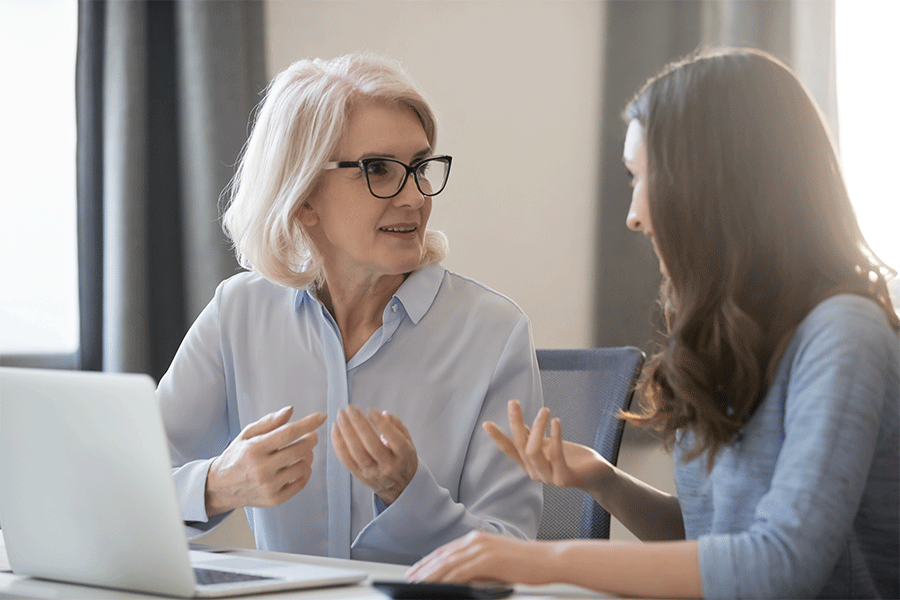